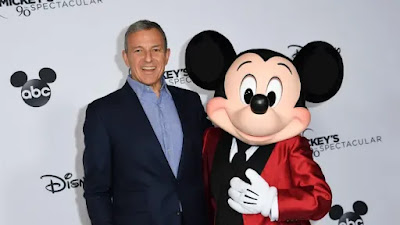 It was announced tonight that Bob Chapek has stepped down as the Chief Executive Officer and former Chief Executive Officer, Bob Iger has returned to the role. “We thank Bob Chapek for his service to Disney over his long career, including navigating the company through the unprecedented challenges of the pandemic,” said Susan Arnold, Disney’s board chair. Iger returns to the role he held with the Walt Disney Company from 2005-2020. His new stint is a two year deal, “with a mandate from the Board to set the strategic direction for renewed growth and to work closely with the Board in developing a successor to lead the Company at the completion of his term," said the Disney company.

We will surely be talking about this in our next episode of the Talking Disney Podcast.

For more on this check out The Walt Disney Company website by clicking HERE.

The Walt Disney Company has released some new information for the reimagining of Splash Mountain at Disneyland Resort and Walt Disney World ...